So it’s April 2014 which seems as good a time as any to share my 2013 music listening charts. I use the wonderful last.fm web site and service to track my listening. It is probably pretty accurate as the bulk of my listening is done through my computer and thus recorded. What is lacking would be the stuff I listen to in the car but honestly I think that represents such a small amount of my listening time that it wouldn’t impact this in any substantial fashion. 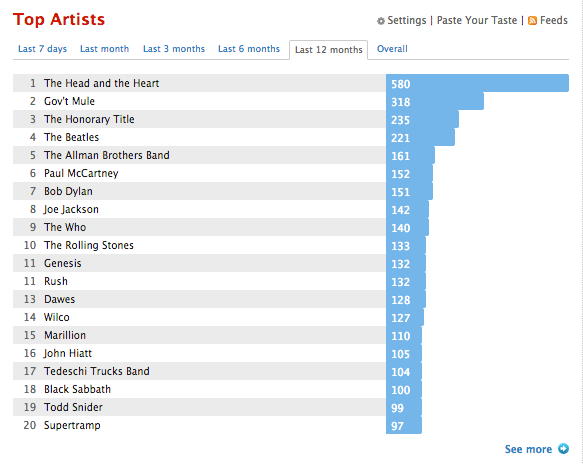 And also at the individual track level 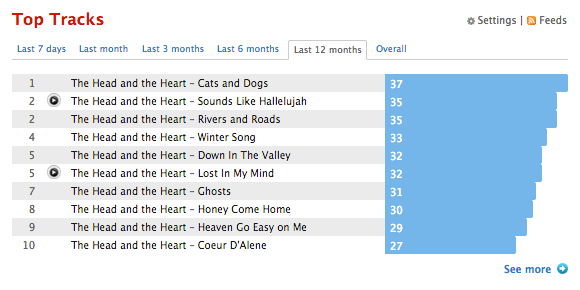 Obviously it was a big year for me and The Head and the Heart. I discovered their self titled debut album early in the year which immediately got put in to very heavy rotation, and then their follow up Let’s Be Still was released in October. Both albums are outstanding and are well worth a listen (or you know, repeated listens)

Also notable I think is the inclusion of The Honorary Title on the artist list. Their Anything Else But The Truth release is just astounding.

Otherwise, I don’t see many surprises on my list. If you want to keep up with my listening in real time you can do so by visiting my last.fm profile.