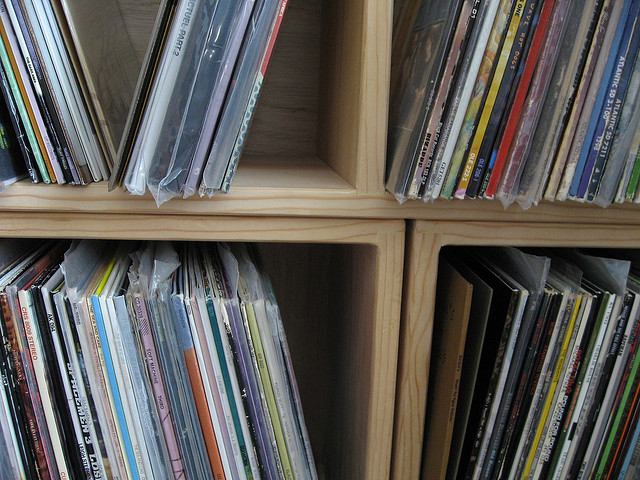 Last week Kurt over at Cultural Offering posted his list of The 100 Greatest Albums Ever. Kurt and I disagree about a lot of things but generally music is a common denominator for us. Kurt’s list is indeed comprised of great albums, I can’t really object to much of anything on it, except for Hotel California of course, but then my hatred of the Eagles is legendary. Like many lists of this type, it contains all the things that one could or should have on a Greatest Albums list.

Over the years I’ve tried to compile such a list for myself but I’ve just never been able to do it in such a fashion that I was satisfied with the result. Don’t get me wrong, I love lists like this. I go through them and see how many things I also own and check out anything new of interest. It’s just that these sorts of lists never really seem to capture the difference between what is “Greatest” and what I am actually listening to at any one time.

I am not a fickle music lover, I don’t pay attention to charts, I have no idea what is currently popular, I can pull a random album out of my collection and play it, and know that I would still love it. That doesn’t mean that my tastes haven’t changed, haven’t expanded – my musical journey has been one of the most satisfying experiences in my life. I’ve changed, music has changed, the world has changed.

In 1982 there wasn’t a desk I sat at in my high school that didn’t get a quickly penciled ‘The Doors’ logo sketched on it. I loved The Doors, I still love The Doors. Have they made great albums? Yep. Is there an album by them on my list? Nope.

From 1984 to 1990 I listened to The Dark Side of the Moon hundreds of times. At some point I would say I listened to it each and every night for a year as I went to sleep, wearing big stupid headphones that would kill my ears if I tried to roll over at all. Dark Side isn’t on this list? It’s not that Dark Side isn’t a great record, it is. I would argue that it’s among the greatest records of all time. It’s not on this list because I don’t really listen to it much anymore. I’m sure that will change eventually but for now something else has its place.

I’m an album guy, always have been. While I do occasionally like a good strong radio experience like I can build with Slacker, the majority of my listening is done through Rdio or via my own collection of ripped CDs where I listen to full albums. An artist who takes the time to construct a listening experience where song choices and song order matter deserves to have their work listened to in that fashion. It’s one of the reasons I’ve always been so fanatical about having the British pressings of Beatles albums rather than their ‘butchered’ US versions. When the CDs were originally released I was psyched that they were retaining the original pressings and people would hear Revolver as it was originally released.

A few years back I did manage to cobble together a list of 80 or so of my favorite albums and over the last week or so I’ve adjusted it and added to it so that it represents the albums that I find myself currently listening to most frequently. If I go through my library, these are the things that get me to click play. Are there great albums out there that aren’t this list? Absolutely there are. Maybe they have just reached their saturation point with me. Maybe it has dropped off my radar temporarily and one day I’ll listen again and be reminded of just how good it is and it will return to heavier rotation. Maybe it’s just that as the choices increase and the number of hours in the day remains static, I need to choose differently and some things just don’t make the cut as often as they used to.

Without much thought I could easily make another list of 100 or more albums that don’t appear here – great albums, greatest albums. Blonde on Blonde, Ziggy Stardust, Slowhand, more Beatles, more McCartney, Fleetwood Mac, Chicago, Yes. Shit I could list 1000 things and they would all potentially deserve to be called greatest. There’s nothing wrong with that sort of list, that just isn’t what this is.

So I present to you, based on real listening data (via last.fm), my own anecdotal perceptions and probably some emotional attachments – a list of 99 albums. I love them all. I listen to them all frequently. I don’t know if you’ll like them as much as I do, all I can do is hope that maybe you might choose something that you may not have heard of and give it a listen. A new album or artist is like finding a thread and following it, not really knowing where it’s going to take you, but hopefully you find something new and wonderful on that journey.

Some of these probably would be considered to be “Greatest” or “Classic” or “Essential” and I tried not to let that influence their inclusion (or exclusion) here. Some things deserve that nod, they are great, they are classic, but in the end the only reason they are here is because I love them, I love how they make me feel when I listen to them and maybe you might love some of them too.

I’m leaving #100 blank for the one thing that I’ll listen to later today that I think should have made this list. There will be another tomorrow, at least one, and probably each and every day after that. This way, no matter what, I’ll always have room for that one great thing I forgot.

It might be interesting to write a bit about each of these and why it appeals to me so maybe I’ll try to do that once a week or something. Let me know if you find anything new or interesting on the list.

These are in random order via http://www.random.org/lists/