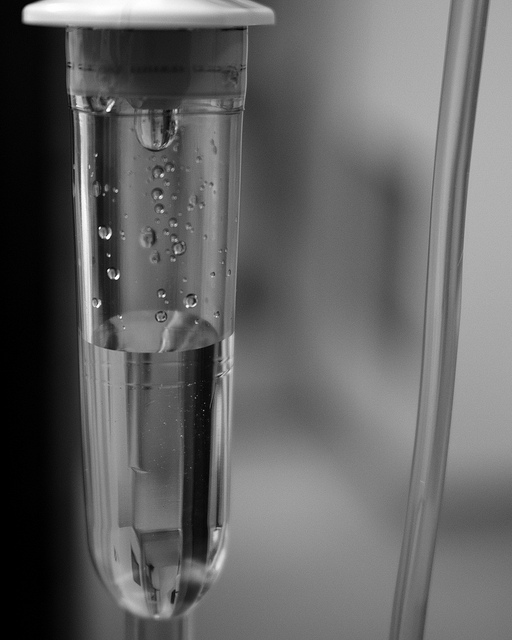 A few weeks back on Nov 29th, Wednesday Evening, I started having some stomach pain. It was late so I decided to just go to bed and hopefully would feel better in the am. I was cold though, really cold, Gina loaded me with blankets and then started to monitor my temperature.

Shit. A couple of tylenol and we watched the temp drop back down to 98.2 so we went to bed.

Fast forward to Thursday am – I’m doubled over in pain on floor in the hallway, my stomach feels like it’s going to explode. Gina’s on the phone with the doctor who says we should probably get me to the emergency room pretty straight away.

So off we went, and there I sat from about 10am until about 3pm when they brought me back for my CT scan and some blood work. Another hour and the doc says, welp, you’ve got Diverticulitis, and it looks like one or some of them have perforated.

And with that I was transported to a different hospital via ambulance, given a room up on the third floor, admitted for an undetermined but indefinite time until things settled back to something resembling normal.

I got a snazzy tube in my hand for easy distribution of fluids, an occasional morphine shot, and shitloads of antibiotics

You see, when the things perforate, stuff (I’ll just go with calling it stuff) that shouldn’t be in your stomach gets in to your stomach and they start tossing around words like peritonitis which I understand enough about medicine to know is something to be very afraid of.

I was put on an NPO diet which means absolutely nothing via mouth. No food, water, ice chips, hard candy, tacos – nothing.

If you’ve been in the hospital I don’t have to describe the next few days for you. Tubes from my hands, compression stockings on my legs connected to an air pumping system, frequent visits for vitals, IV changes, blood draws, pain monitoring. Sleep nearly impossible and nothing but Law & Order SVU on the TV. My wife was there as much as she could be but my soul sank when it was time for her to go home.

Thurs, Fri, and Saturday seemed like one big long huge day. I was feeling a bit better though, lower pain numbers on the scale and could eventually almost sit up and walk around comfortably.

On Sunday morning though I got the news that they had adjusted my diet for liquids only so I ‘enjoyed’ some jello, beef boullion, grape juice and some tea. The other two meals were pretty well identical but it sure felt good to have something I could actually taste.

With my response to liquids on Sunday being good I got first solid foods on Monday – some scrambled eggs on a muffin, orange juice, and I don’t know now – but it was food and it was warm and tasty.

With food being handled well they debated whether to send me home on Monday or keep me overnight until Tuesday. They wavered back and forth a few times before finally giving me the nod about 4pm. Three hours later to process discharge papers and I was on my way home.

That was Dec 4th and I’ve been home and recovering since then. They say I dodged a bullet, there was a good chance of infection and / or the need for emergency surgery that we abated. I’m mostly comfortable now, on a special low fiber / low residue diet to ease my system in to working properly again.

I saw my Primary Care Doctor on Wednesday and she is pleased with the recovery so far. I go back to see the surgeons on Monday to discuss next steps. It’s likely I’ll still need some surgery to repair the damage to my colon but it’s elective and a whole lot less invasive than what they might have had to do earlier.

I’ll probably need to make some permanent changes to my diet but I’m ok with that – I’ve dropped 14 pounds or so already, although I don’t recommend this particular diet program. Feeling like I should eat differently and knowing I need to eat differently are two different things and I’m committed to getting myself healthy again.

I’d like to thank the Doctors, Nurses and PCTs at St James Hospital – they all went out of their way to provide me excellent care and it was with their help that I got through the tough part of all of this.

For me now it’s back to some client work, revisions on the novel, and enjoying a peaceful holiday season with my wife Gina.