The Head and The Heart cover Sheryl Crow 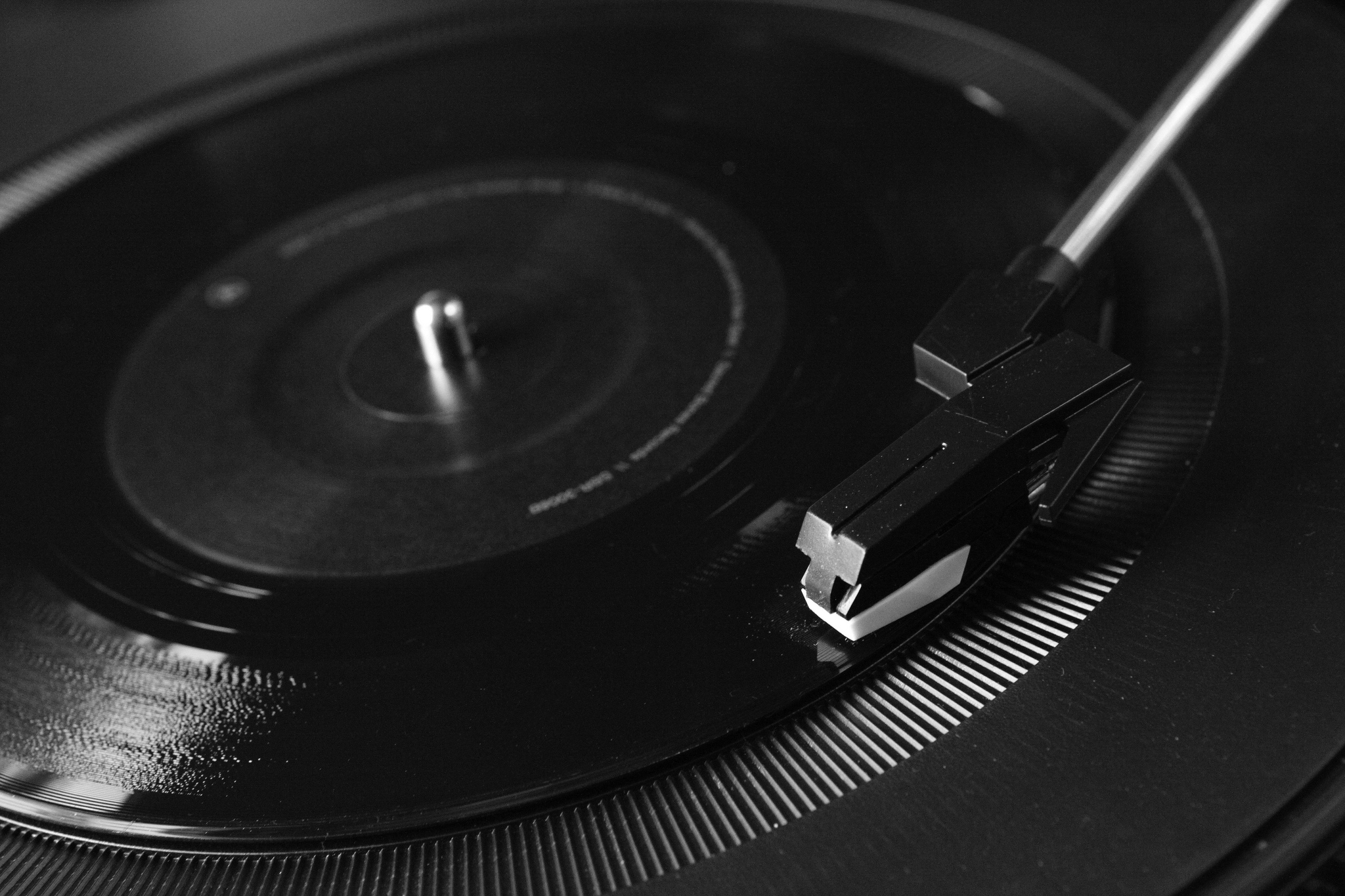 It was a shitty year for sure. We lost some great artists in 2016 but there was some great music released as well. As usual I try to avoid descriptors like best or greatest but I did pick out some of my favorite releases from last year.

Signs of Light – The Head and the Heart

I don’t love it as much as the first two but it’s still outstanding.

Let Me Get By – Tedeschi Trucks Band

It’s Derek and Susan and Mike and the rest of this great crew. One would expect excellence and you’d get it.

An older recording but a new release of their first sessions. Interesting to hear initial runs of these songs.

Never expected a new release from Emitt but not at all surprised at the quality of it.

Man this one hurts. Interesting how my pre and post loss listens differed so much. A goodbye album even if we didn’t know it when it was released.

More straight on jazzy than her initial e.p. but her voice still gives me chills. What an amazing talent.

A full on deluxe revisiting with tons of demos and all the fun stuff you would expect. I never go far without a little Big Star…

What were your faves? 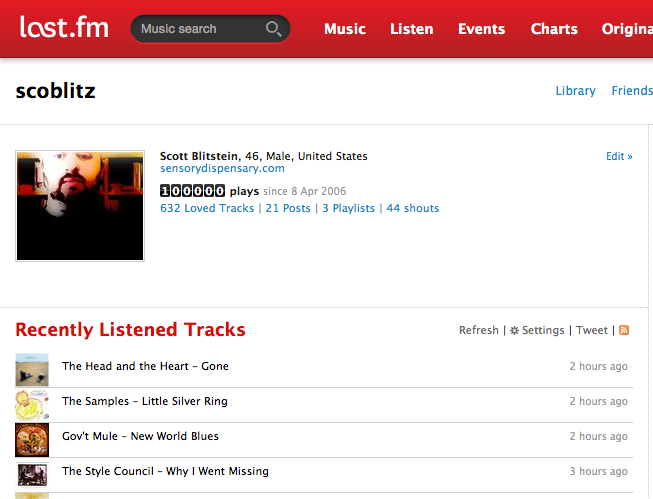 Back in 2006 I started sending my music listening activity to a web service called AudioScrobbler, now known as Last.fm. Over eight years or so it has been silently and dutifully recording all the songs I listen to on my computer and building a database of my musical tastes. I think it’s pretty representative  of my full listening history, despite it not including things listened to in the car or elsewhere.

It’s compiled a pretty amazing list which today reached the major milestone of 100,000 songs by scrobbling “Gone” by The Head and the Heart.

Last.fm is probably still my favorite web service. While the radio features and other functionality have varied, the collection of my listening data adds a whole new dimension to my love of music. I can see who and what I listen to most frequently, when I first or last listened to a song, and with the API and add ons I can view all sorts of data and visualizations like this one which breaks down my listening habits and the diversity of my library.

Here’s a link to my profile if you’re interested in taking a deeper look at the data.

Music inspires a snippet from my novel in progress:

She said “We’ve been running and running for months Gwen, and it’s ok, but we’ve got a chance to stop and breathe. Let’s put everything aside even if it’s just for one night. We can stop running. Tonight, just for a moment, let’s be still.”
And with that I remembered all of the reasons that I am with her, all of the reasons I love her, and as I stared in to her eyes, and held her hands, for just a moment, we were still.

“Let’s Be Still” – The Head And The Heart